Narceus gordanus, also known as the Grayish-Green Millipede or Smoky Ghost Millipede, is the largest North American millipede, reaching lengths of four inches. The beautiful animals are not rare and can be found all over pennisula Florida, particularly at night after rain. During the hot days, they bury themselves beneath logs and leaf litter. Out here in the scrub, they bury themselves  in the sand. Here is a picture of where a Narceus emerged from its underground burrow. 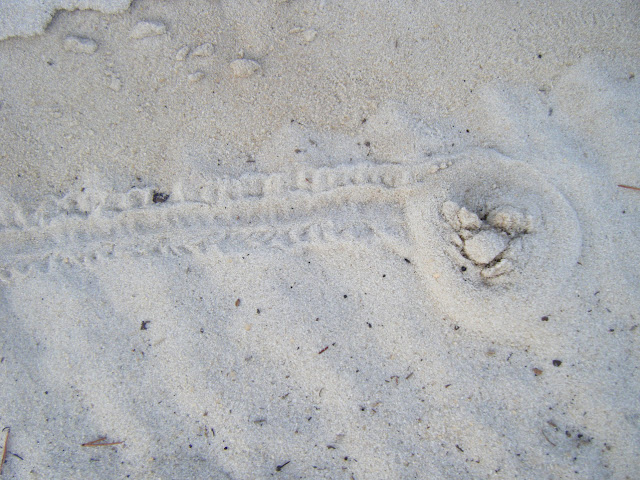 This particular millipede set off into the night and 24 inches later did a half-pipe on a small ridge of sand, spun out, then did a 90 degree turn before moving on. 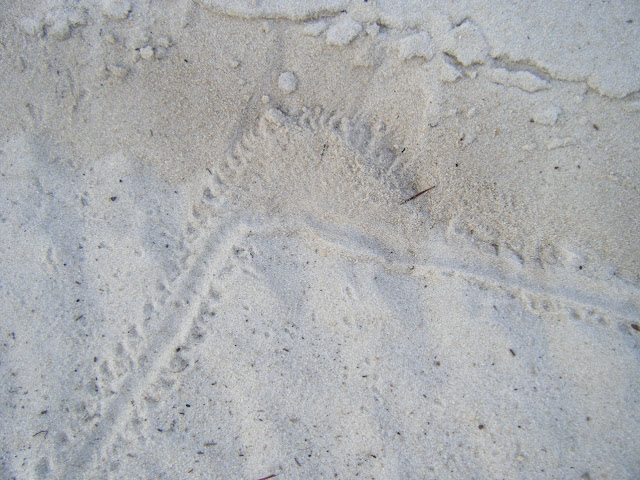 Their color varies wildly. Most of them here in the Florida scrub are grayish white. The one I found tonight was darker then most. 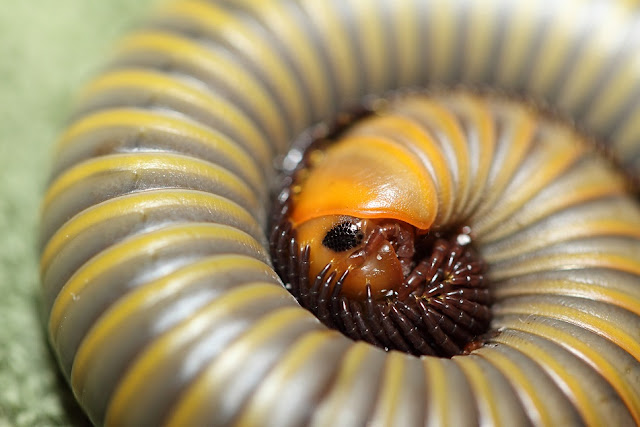 Like the two-lined walkingsticks (Anisomorpha buprestoides), Narceus mllipedes are hosts to tiny commensal acari mites. The size of a sand grain, these tiny mites ride around the forest on their free bus.  Here one is hiding in a mathematical tangle of legs. 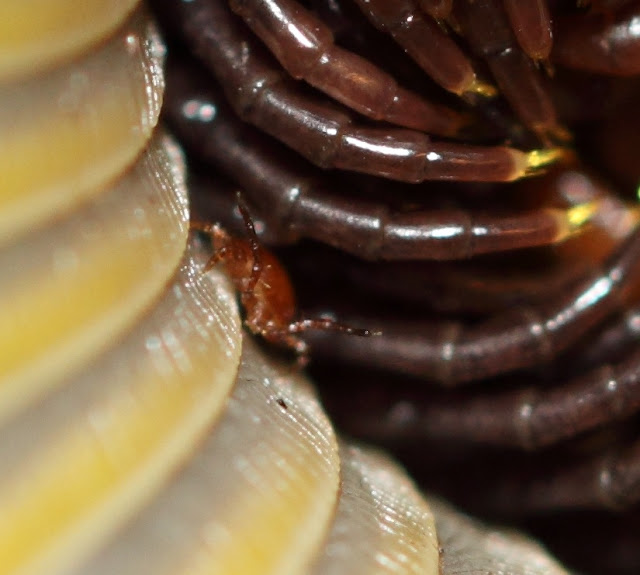 Posted by Christopher Tozier at 5:49 PM