This morning while running, we noticed a nice example of sky-blue lupine (Lupinus diffusus), a Florida native wildflower. You never know where the lupine is going to grow because they only live for one bloom. This member of the pea family can be found in the deep south, in particular areas of deep, dry sands. The sand pine scrub is the perfect environment to see them blooming in late winter through early spring.
﻿
﻿


The leaves of sky-blue lupine have a slight grayish fuzz. It forms a large clumps about the size of a bed pillow. Pictures never do the flowers justice. The pinkish blue stalks almost glow against the soft leaves. Eventually, the flowers will give way to seed pods that look like edamame pods. As they age, they turn brown and brittle. As they dry out, the pressure increases until ultimately popping open with loud snaps. The seeds inside the pod go flying in every direction.  I've sat in places in the scrub surrounded by popping lupine like a giant pot of popcorn. 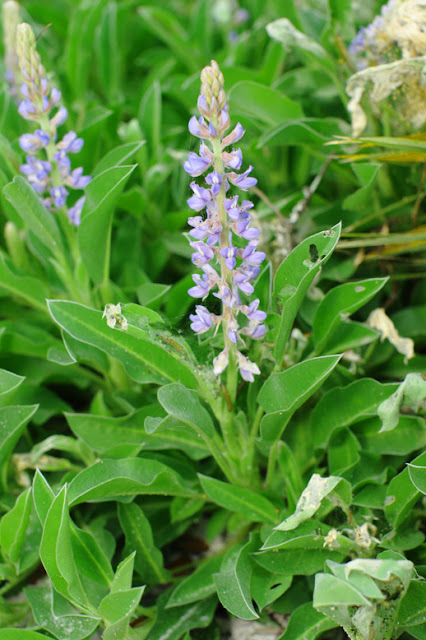 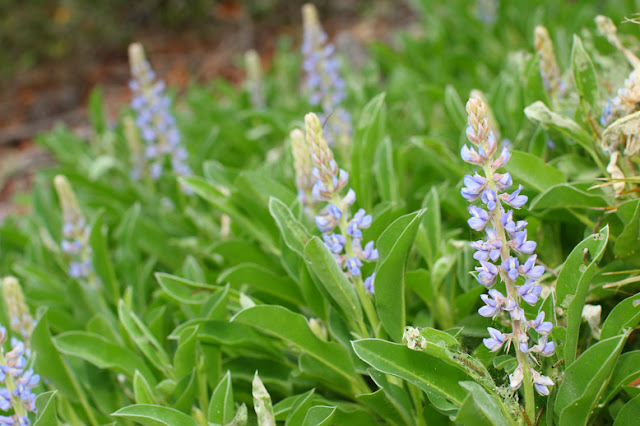 ﻿This particular lupine was covered with countless genista broom moth caterpillars (Uresiphita reversalis.) They formed tent-like homes from silk and were doing quite a bit of damage to the plant.
Posted by Christopher Tozier at 5:42 PM