We arrived in Bluff, Utah after a long sunrise hike in Arches National Park. We were exhausted but too excited to spend the evening lounging about, so we grabbed a couple of fry bread tacos from Twin Rocks Cafe and headed out the lonely road to Hovenweep. We rushed past dilapidated windmills and herds of spotted horses. The sound of sheep bells carried through our open windows. Hungry dogs paced the concentric circles that their chained stakes prescribed. They stopped pacing long enough to watch our car blur past. 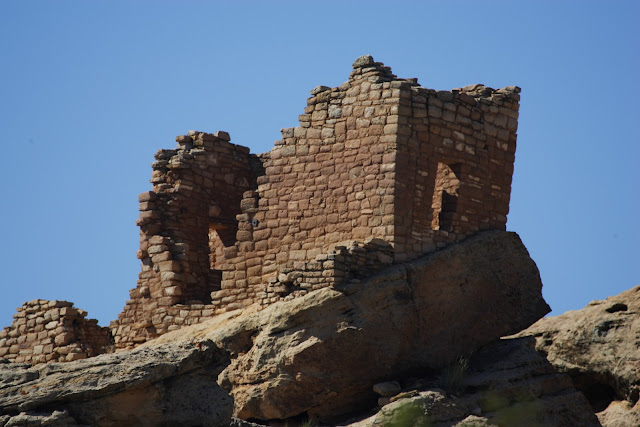 Little Ruin Canyon is gouged into the top of the mesa like the claw mark from a giant bear. Not carved by a river but a small spring at the head, the canyon drops away in a series of slabs and shelves as the mesa was undercut by the seeping water. 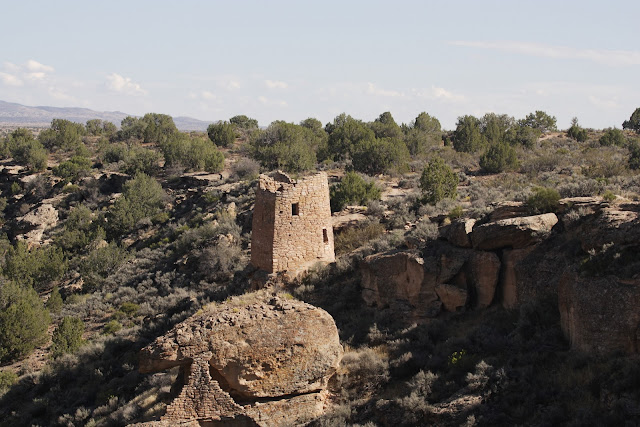 A strange wind blew through the absolute silence. No one was in sight because no one was there. We were alone to walk the canyon trail, among the ancient ruins and reaching shadows. We wandered aimlessly, sleep deprived and sore. Ravens hunkered in hidden alcoves and crumbled granaries. Occasionally, one would call out, perhaps mistaking our stumbled delirium for wounded antelope, soon to be carrion. Tiny lizards played chicken with our foot falls, scattering in every direction. The falling darkness and exhaustion compelled us to walk faster. We were willing to do just about anything to be back in our hotel room so we could crash in a heap. 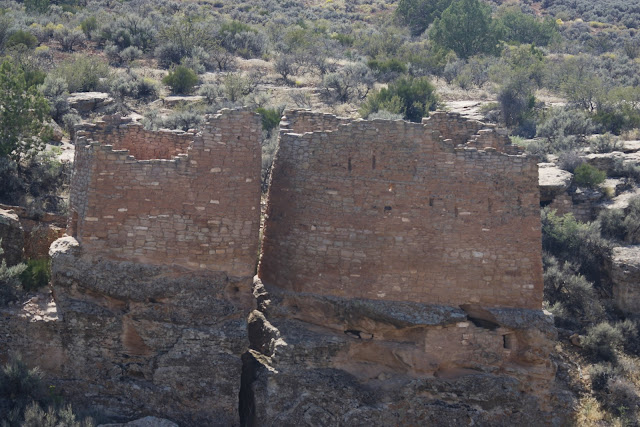 We were probably too tired to fully appreciate Hovenweep while we were there. Probably, we should have waited until morning. But the memory of that evening still hangs in my thoughts, a ghost of wonder. 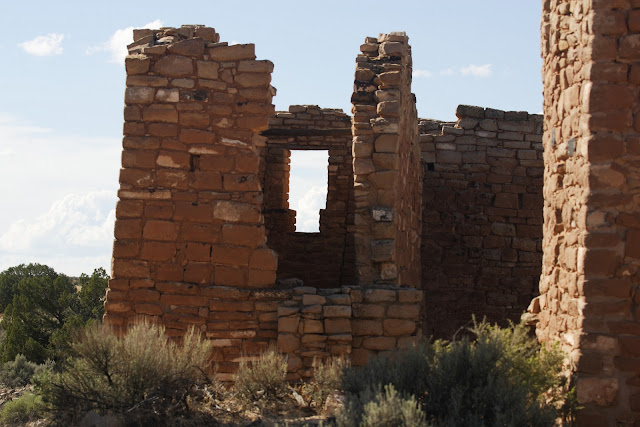 Posted by Christopher Tozier at 11:36 AM No comments:

We had a visit from a black bear that we haven't seen before. He was a big guy, maybe 500 lbs? 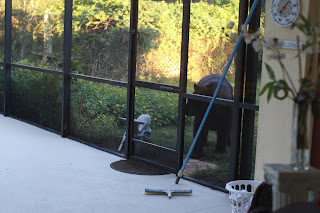 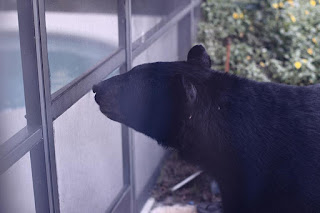 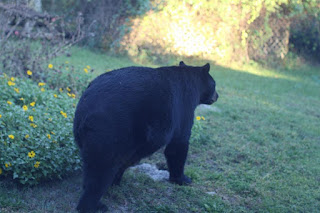 It can be hard to tell in a picture how big a bear is. One way to get an idea is to look at their ears because they don't change size significantly over their lifetime. If their ears look big compared to their body, the bear is probably small and young. In this case, the ears look small compared to his body.

For more bear pictures, please see these bear cubs from this summer or the chapter on bears from The Lightning Forest.
Posted by Christopher Tozier at 7:31 AM No comments:

I am very proud to help represent the incredible artistic diversity and talent in the State of Florida. The Individual Artist Fellowship is a program that helps support the arts in our state, regardless of institutional affiliation. Thankfully, the anonymous process is easy to follow and complete. It also exposes you to a wide range of Florida artists that you may or may not know. I encourage all Florida artists who take their work seriously to apply.
Here is my profile on the Florida Division of Cultural Affairs website.
Posted by Christopher Tozier at 7:17 AM No comments: