I had an unsettling dream last night just before I woke up. In my dream, aliens had deployed thousands of tiny flying devices that scanned the countryside for humans. These low-flying devices made a horrifying noise and showered particles to the ground that would sting the skin and paralyze the bit of muscle beneath.
Of course my alarm clock soon went off (sounding suspiciously like the alien devices I might add) and I had to get up to go for my morning run. It was a spooky morning. Dark and foggy. The dream lingered in my brain. Naturally, my thoughts turned to insect cyborgs.
There are four classifications of cybernetic insects: 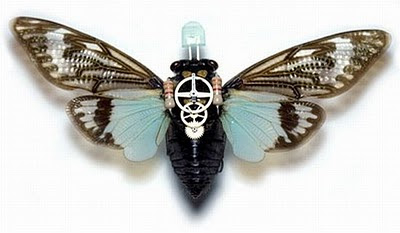 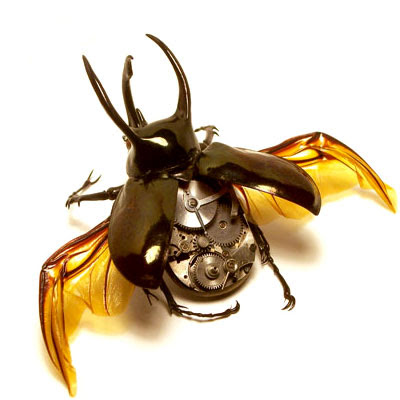 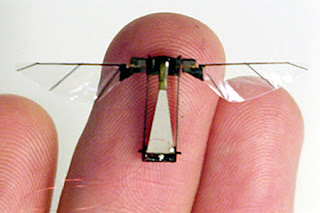 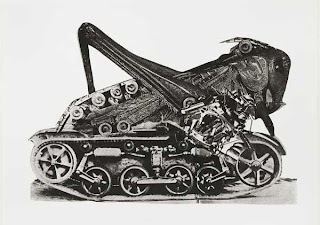 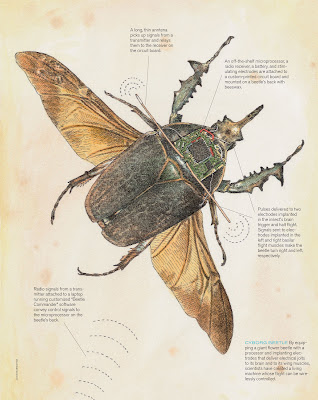 Engineers at the University of California have developed the first remote-controlled beetle. Electrodes are implanted in the beetle's brain (such as it is) and wing muscles (bigger than its brain). These are fed through a tiny microcontroller glued to the thorax with a dipole antenna.
The result is a beetle that can be steered from afar.
I question the wisdom of giving technology to the insects of course. Think of the ants who are already challenging us for supremacy of the planet. Is there any doubt that the ants' collective brain couldn't harness the power of the entire Insecta hoard to monitor our movements and unleash attacks that appear innocent?
Consider the Bedbug Scare of 2010. Who really believes the bedbugs were acting on their own?

Have you ever seen a wheel bug and what it does to its victims? 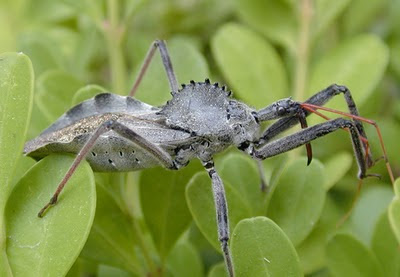 Come to think of it, the wheel bug already looks like it has an implanted gear-work. Maybe we are already too late.
Posted by Christopher Tozier at 10:33 AM